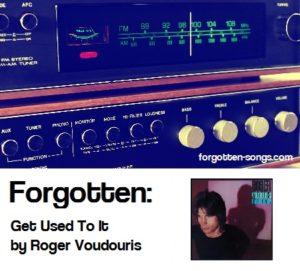 From most reports, Roger Voudouris grew up surrounded by music. Born John Roger Voudouris in Sacramento in 1954, he received his love of music from both parents and, according to his brother, began playing guitar at the age of 7.  He formed a band in high school and went on from there to form a duo with David Kahne, who eventually went on to become a fairly well-known music producer after their duo dissolved.

Mr. Voudouris, though, went on to solo work, signing a contract with Warner Bros. Records.  His eponymous first album was released in 1978 and promptly went absolutely nowhere.  However, the second album, Radio Dream, fared a little better, thanks to the success of its lead single. 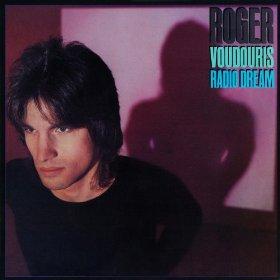 (Radio Dream hit #171 on the Billboard Top LPs and Tape chart. Album ℗1979 Warner Bros. Records.  Photo courtesy Amazon.com.)
Right around the same time as Randy Bachman and Ironhorse were hitting the charts with “Sweet Lui-Louise”, Roger Voudouris saw that lead single, which turned out to be his biggest hit, “Get Used To It”, climb the charts as well.  A straightforward love song, “Get Used To It” is telling the singer’s lover exactly what one might think:  to get used to having him around.

After “Get Used To It”

“Get Used To It” was Roger Voudouris’s only hit to chart in the Hot 100; the prevailing sound of pop music was starting to change around then, and while the yacht rock into which category I, at least, would place “Get Used To It” stuck around for a little while longer, pop music as a whole was starting to transition away from music like this.  And while I like where pop music went after the 70s, I also would have liked to see more of this type of music too.

As for Mr. Voudouris himself, he retired from recording and performing around 1982.  Sadly, he passed away at the age of 48 in 2003.

Odds are, you’ve probably never heard “Get Used To It” on the radio since its original chart run.**.  Unfortunately, if you find this song on a compilation album, there’s a good chance it’s a re-recording, as was the case on the YouTube video I found when I originally researched this post in 2008 or so.  Thankfully, the original and much better-sounding version can be found more easily now through either Amazon or Apple Music.

* This very likely speaks to the strength of the other charting hits of spring-summer 1979.
** Unless you happened to come across an episode of “American Top 40: The 70s”, that is.
Note: this post contains affiliate links. View my affiliate link disclaimer here.