Actors have crossed over to singing top 40 hits, and vice versa, almost as long as there has been a top 40 chart at all.  Obviously there were Elvis and Sinatra doing quite well on both fronts, but there were many, many others who had various degrees of success.  Do you remember Shaun Cassidy, Rick Springfield, Jack Wagner?  You might even recall the top 40 entries by Bruce Willis, Don Johnson, and Eddie Murphy.  Now – show of hands – who remembers when there was a very successful top 40 hit from…Joey Lawrence?

Most people – and in this case I mostly mean me – remember first hearing of Joey Lawrence thanks to the 90s NBC series Blossom, in which Mr. Lawrence played a character named – wait for it – Joey.*  But his acting career had started much earlier than that, including the title role in the Disney animated feature Oliver & Company.

The always-reliable Wikipedia reports, presently without sourcing, that Mr. Lawrence had stated that music was always his passion.  And so it was that in 1993, at the age of 16, just as Blossom was reaching its highest season Nielsen ranking, Mr. Lawrence released his first, eponymous, album. 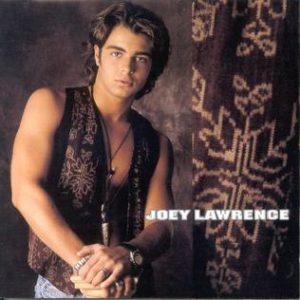 The first single from Joey Lawrence, “Nothin’ My Love Can’t Fix”, was an upbeat, feel-good song about young love, a simple period in which the hardest thing was the song’s intended subject starting to distance herself from the protagonist.  The single was released in February 1993, and it quickly made its way onto the airwaves, despite the continuing fracture of top 40 music that was occurring at the time.  Stations which classified themselves as either Top 40 Mainstream or Top 40 Rhythmic were happy to add Mr. Lawrence’s single to their playlists.**  The single’s early performance was likely helped by its appearance in the February 15, 1993 episode of Blossom.

While “Nothin’ My Love Can’t Fix” was already making its run up the charts, it was used in the end credits of the April 1993 movie Cop and a Half.  While its appearance there may have helped its chart performance in the same way as its appearance on Blossom, the movie was not a critical or commercial success.

Two follow-up singles were released from Joey Lawrence, but neither could be considered a hit. One, “Stay Forever”, peaked at #52 in September 1993; the other did not make it onto the Hot 100 at all.  A second album, Soulmates, was released to little fanfare and did not chart or produce any charting singles.  Mr. Lawrence has continued to record occasionally since then (in addition to continuing his acting career), but to date, he has not returned to the charts with his music since the 90s.

As with a vast majority of the early 90s dance music that was so popular at the time, “Nothin’ My Love Can’t Fix” has all but disappeared from US commercial radio.  Also as with a lot of that early 90s dance music, that song isn’t even available as an MP3 for sale at Amazon.  (And Joey Lawrence isn’t even streaming on Spotify, though Soulmates is.)  I keep hoping for a 90s music nostalgia wave, but until then, you can get the song on vinyl for yourself.

* And there’s nothing wrong with that.  Heck, Tony Danza did that for two decades on no fewer than three different TV series.
** Of course, there were also the Top 40-Rock stations (or Rock 40, as they were sometimes called) stations, such as the one where I lived in early 1993. The station where I lived did not add the song…or many other popular ones at the time, which leads me to question how much of a Top 40 station it really was.