In the late 70s and early 80s, the Alan Parsons Project had several hits, a few of which still receive the occasional spin.  (And then there’s “Sirius”, which will be forever associated with NBA team introductions in my mind, and possibly for many others as well.)  They were known for a few concept albums that had a little bit of a storyline.

This was certainly the case in the group’s 1980 album The Turn of a Friendly Card, which tells the tale of an addiction to gambling.  This album was one of several successes for the group, spawning two Top 20 singles.  The first, “Games People Play”, hit #16 on Billboard’s Hot 100 in early 1981. 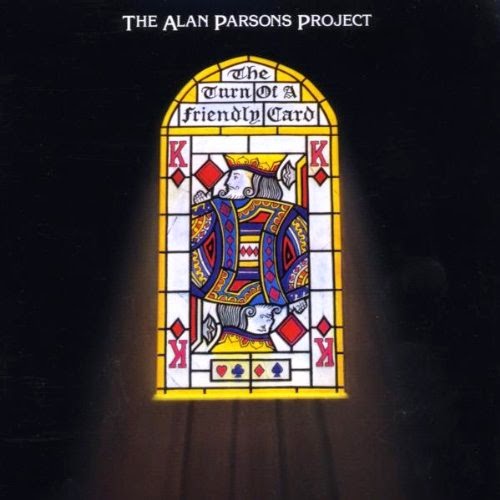 The second single, “Time”, is somewhat of a departure from the gambling theme of the rest of the album.  Instead, it is more of a wistful ballad, with the protagonist saying goodbye to several people.

The song entered the Hot 100 at #82 for the week ending April 18, 1981 (chart) and peaked at #15 the week ending August 1 (chart | magazine).  It remained at that same position for two more weeks before beginning a somewhat slow decline.  “Time” finally fell out of the Hot 100 the week ending September 26 (chart | magazine) after a fairly impressive 23 weeks on the chart.  That performance was enough to make it #48 on Billboard’s year-end chart for 1981.  It was the best-selling single for the Alan Parsons Project until the release of “Eye in the Sky” the next year.

It should be noted that “Time” was the first Alan Parsons Project single for which lead vocals were sung by Eric Woolfson, the co-creator of the group.  (Also, Alan Parsons, about whom the album notes on his album Try Anything Once said “he almost never sings”, is credited for background vocals.)  Mr. Woolfson would go on to sing lead vocals for “Eye in the Sky” in 1982 and “Don’t Answer Me”, the final Top 20 single for the group, in 1984.

I suppose it is always difficult for ballads to gain recurrent status on many stations, including the Classic Hits stations now present in many cities. And that’s too bad, as “Time” is widely regarded as a very beautiful song. That’s not a description you would find attached to too many Top 40 songs now…and that’s to the detriment of current Top 40 radio.  Take a listen to this track and see for yourself.

One thought on “Time by the Alan Parsons Project”