In the late 80s and early 90s, it could be argued that Genesis was one of the most popular bands around.  (Obviously, others–U2, for example–could make similar claims.)  I could list multiple hits from Genesis that still get lots of radio airplay even today.  (I could also list several songs from that period that could qualify for this blog, but those would require me to update this blog a lot more often than I currently do.*)

In the late 70s and early 80s, though, Genesis was still an up-and-coming band, at least as far as Billboard’s Hot 100 chart was concerned.  After over ten years’ worth of recordings, the band finally cracked the top 40 with “Follow You Follow Me”, which made it to #23 in 1978.  Two years later, “Misunderstanding” climbed even higher, hitting #14.  Both of those two songs still get airplay.  The next single from their album Duke, however, “Turn It On Again”, hasn’t fared as well on radio.

Now, admittedly, “Turn It On Again”, a song about someone whose life revolves around his TV, is not a normal song, as pop radio goes.  A good portion of the song is in the very uncommon 13/8 time signature.  This, however, didn’t stop it from cracking the Hot 100.  (The author has found a 1980 aircheck online of top 40 powerhouse WLS blasting it at the top of the hour, which ought to count for something.) 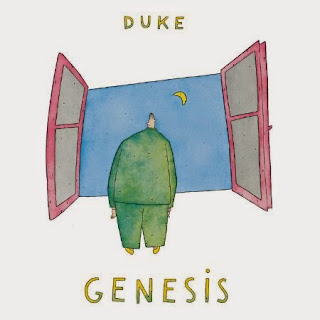 Forgetting “Turn It On Again”

Now, while I haven’t heard this song on the radio in a long time, it is true that it was fairly popular on classic rock stations for many years after its release.  And, it is also true that the song is popular enough with Genesis fans that it was played on many of the group’s tours; in fact, one of the band’s greatest hits compilations took the name of the song for itself. However, with all that said, I would love to hear an actual radio station playing it again.

* I will point out that I did post on this blog’s Facebook page (on which you should click “like” right now) when I originally was writing this post that my computer was having technical difficulties, which, as it turned out, amounted to a rogue program that wouldn’t let me update this site.  It has since been removed.