Let’s face it: 2016 has been a lousy year for classic hits.  First we lost David Bowie, and then soon afterward, we lost Glenn Frey.

Of course, just as with Mr. Bowie, Glenn Frey had too long and successful of a career for me to try to do it justice in one paragraph, so I won’t.  The levels of success he enjoyed are obvious based on the number of Eagles songs still receiving airplay on both classic hits and classic rock stations, and a few classic hits stations still play one or two of his solo hits (mostly #2 hits “The Heat Is On” and “You Belong to the City”, I would imagine).

The solo career of Glenn Frey

But before those two songs shot up the charts, Mr. Frey had to start a solo career after having left the Eagles in 1980 and firing his manager, Irving Azoff (who had been the Eagles’ manager).  However, one thing had changed when he transitioned from a member of a group to a solo artist.  As fan site Glenn Frey Online states:  “it was evident that the joy in his work had returned.”

Along with that newly found joy came Mr. Frey’s first album, No Fun Aloud, released in May 1982.  While it wasn’t nearly as successful as the last several Eagles albums before Mr. Frey left the group, the album did sell fairly well, earning a gold certification. 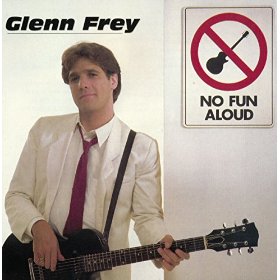 The first single from the album, “I Found Somebody”, peaked at #31, but the second single released, “The One You Love”, a song about a woman torn between two lovers*, performed better.  The video for the song appears to put Mr. Frey into the role of the one who loves her, rather than that of the one she loves, and it seems to show that his character ended the song as the odd man out.

I am glad that radio stations still play Eagles songs quite a bit, but it would be nice to see a few more songs from Glenn Frey getting spins as well.  This one definitely deserves some.

* Whether or not she was feeling like a fool is left to be determined by the listener.
Note: this post contains affiliate links. View my affiliate link disclaimer here.

One thought on “The One You Love by Glenn Frey”