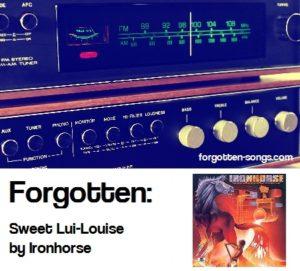 Where did Ironhorse come from?

In the 1960s and 1970s, Randy Bachman was in one successful band after another (though with varying degrees of success).  He co-founded the group that eventually came to be called The Guess Who, which hit #1 with “American Woman” before Bachman left the group in 1970.  His next group was originally called Brave Belt, though most people know it better by its later name, Bachman-Turner Overdrive.  After some disagreements within the band, Randy Bachman left that band in 1977.

After Bachman-Turner Overdrive, and one solo album, Randy Bachman’s next band was called Ironhorse.  Ironhorse released an eponymous album in early 1979; it was moderately successful in a year when musical tastes were rapidly evolving. 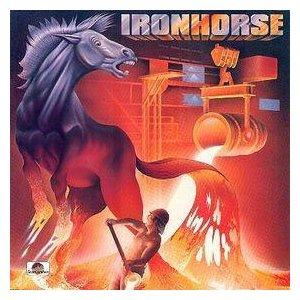 Ironhorse had one charting single, “Sweet Lui-Louise”, a song that I, at least, find rather catchy, possibly due to its use of similar vocal stylings to those used in BTO’s Bachman-penned hit “You Ain’t Seen Nothin’ Yet”.

Afterward, Ironhorse released a follow-up album, Everything is Grey, which also featured one charting hit, “What’s Your Hurry Darlin'”, although that song only made it to #89.  After that, the band evolved into a group called Union and released one more album; it didn’t chart.

I have only ever heard “Sweet Lui-Louise” on the radio during an episode of “American Top 40: The 70s”, but perhaps there might be good news on that front:  Randy Bachman has acquired the rights to both Ironhorse albums (source) and hopes to reissue them in the future.

31 years ago today, Giant peaked, just inside the top 20, with one of the better power ballads of its time. This would prove to be Giant's only hit. ...

I'll See You In My Dreams by Giant - Unfairly Forgotten Songs

One-hit wonders and power ballads often eventually find themselves forgotten by American radio. The band Giant's one was both.
View on Facebook
· Share

42 years ago today, Olivia Newton-John peaked just outside the top ten with a song that was, for whatever reason, omitted from one of her greatest hits compilations. ...

Deeper Than the Night by Olivia Newton-John - Unfairly Forgotten Songs

This Olivia Newton-John top 20 hit from 1979 was not only forgotten by radio, it was omitted from one of her greatest hits compilations.
View on Facebook
· Share

33 years ago this week, Hall & Oates peaked with what would be the last single of theirs to hit Billboard's top ten. (They've been to the top ten on the Adult Contemporary chart since, as they've reminded me.) ...

The last single by Daryl Hall and John Oates to hit Billboard's top ten has not had the staying power of some of their other hits.
View on Facebook
· Share