During the long, unplanned hiatus this blog took, George Duke passed away.  As I understand it, George Duke was primarily a jazz musician, though he occasionally branched over to pop music and R&B.  Most online bios of him will point to his work with Jean-Luc Ponty and Frank Zappa as helping to establish his name in the industry, so that gives you an idea of the diversity of his musical styles.

George Duke had a very long discography spanning several decades; he also appeared on many other artists’s albums (such as, for example, Michael Jackson’s Off the Wall) and produced records for even more artists (including, for example, Deniece Williams’s hit “Let’s Hear It For the Boy”, as well as the previously-mentioned-on-this-blog “I Can’t Wait”).  And yet, after all that, I would imagine most people do not remember him (or never heard of him in the first place).  Surprisingly, in such a long and successful career, Mr. Duke only reached Billboard’s Hot 100 three times.

The first of the three songs to hit the Hot 100 was the title track of his 1977 album Reach For It, an album that would have been classified at the time as funk. 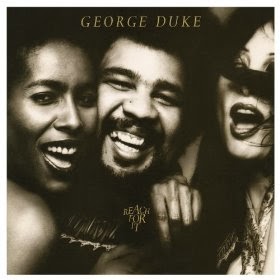 “Reach For It” would have entered the Hot 100 the week ending December 31, 1977, except that Billboard published a year-end issue and kept the charts frozen that week.  Instead, “Reach For It” first appeared in the issue dated January 7, 1978 (chart | magazine).  It peaked at #54 the week ending February 4 (chart | magazine) before falling off the charts completely just two weeks later.  It stayed on the Hot 100 for seven weeks, according to Billboard magazines at the time, or six, if you consider Billboard’s website now, as it doesn’t take the year-end week into account.

In 1981, George Duke collaborated with another well-known jazz musician, Stanley Clarke, to release a mostly jazz album entitled, appropriately enough, The Clarke/Duke Project.  It was successful enough to top the Billboard’s Jazz LPs chart in August of that year. 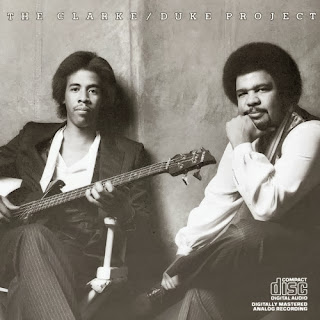 The first single from the album, entitled “Sweet Baby”, didn’t really match the jazz feel of the rest of the album; in fact, it was a slower, ballad-type piece that, apparently, was what people in 1981 wanted while they waited for the post-disco identity crisis in top 40 radio to abate.  “Sweet Baby” entered the Hot 100 the week of May 2, 1981 (chart) and peaked at #19 the week of August 1, 1981 (chart | magazine).  It spent 19 weeks overall on the chart.

George Duke’s final Hot 100 entry came not too long afterward from his next album, Dream On. 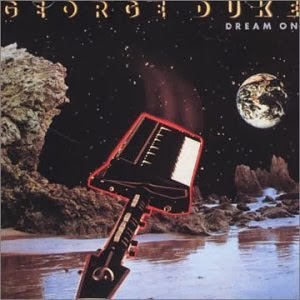 That album’s first single, “Shine On”, was certainly funkier than “Sweet Baby”, so it fit well with some of Mr. Duke’s contemporaries (Multiple Amazon reviewers compared the sound of Dream On to Earth, Wind & Fire’s sound.)  “Shine On” debuted on the Hot 100 at #85 for the week ending February 20, 1982 (chart | magazine) and peaked at #41 for the week ending April 10 (chart | magazine) before, again, falling off the chart entirely just two weeks after peaking.  During its short nine-week run, though, it got fairly good airplay, if the airchecks from 1982 that I have are any indication.

After that, George Duke never again hit the Hot 100, and those songs that did hit the chart have fallen by the wayside, never to be played on oldies, classic hits, or retro radio stations.  (Meanwhile, there’s undoubtedly a station somewhere in the US playing “Tainted Love” at this exact moment.)

George Duke passed away on August 5, 2013 from chronic lymphocytic leukemia.  His official webpage lists several places where contributions can be made in his honor.