A few months before my last forgotten song honoree hit the charts, a California girl named Tara Kemp hit the top ten with two songs from her eponymous and only album.  The first, “Hold You Tight”, went gold and is, to my knowledge, still somewhat familiar to people.  For years, this song was the only Tara Kemp offering available for request at, for example, Austin’s Bob FM.  (Since then, they now show all tracks from her album as being available.  Yeah, right.  I’ve never even heard them play “Hold You Tight” in eight years of operation.)  The second, “Piece of My Heart”, is notable for, among other things, using the exact same rhythm track as “Hold You Tight” had.  (Seriously, listen to the two songs together sometime.  Part 2 of the October 4, 2002 Crap From the Past show actually plays the two together for comparison:  a “Tara Kemp-a-thon”.)  “Piece of My Heart” peaked at #7 during July 1991, spending a total of 18 weeks on the Hot 100. 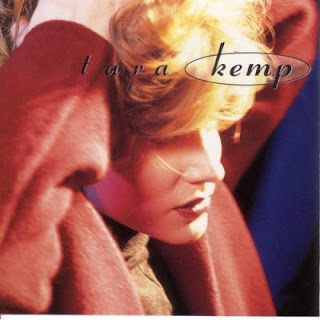 In any case, for some reason, as “Hold You Tight” held on through the years, “Piece of My Heart” seemingly disappeared entirely (as did Tara Kemp, apparently after her record company went under). In more recent years, Ms. Kemp has reappeared on social media; you can find her on Facebook here, and on Twitter here.

It should be noted, though, that while the MP3 in the audio excerpt is the 7″ single version (with which more people are probably familiar), the MP3 sold on Amazon’s page is the album version.  You can buy the 7″ single through this link: