Sometimes a band gets a little bit typecast.  Take Bread, for example.  You remember Bread, don’t you?  They placed a whole lot of slow ballads on the chart in the early-to-mid 1970s.  Oh, and two rockers that no one remembers, or at least radio programmers don’t.  Let’s take a look at one of those today, the still timely “Mother Freedom”. 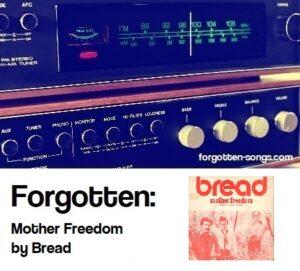 (Yes, I made a joke about bread rising.  I make no apologies for it.)

As the 1970s were starting, Bread quickly made a name for itself.  It was in the summer of that year that the group’s first hit, “Make It With You”, shot to number one.  Other hits quickly followed.

Now, not all was rosy for Bread at that time.  As seemingly happens often, there was conflict between members of the group.  Issues arose between two of the founding members, David Gates and Robb Royer, over control of the group; these issues led to Mr. Royer leaving Bread.  (I suppose those concerns were somewhat justified; after all, every Bread single released by their record company (Elektra) was a Gates composition.)

In summer 1971, Bread recorded a song by Gates entitled “Mother Freedom”.  While most Bread songs fell into wistful soft love songs, “Mother Freedom” fell squarely into the rock genre.  It sends the strong message that freedom is very much something to strive for.

Eventually, the song made it onto Bread’s next album, Baby I’m-a Want You, which was released in early 1972.  Noted arbiter of everything Wikipedia doesn’t even list “Mother Freedom” as one of the singles released from that album, perhaps because it predated the album by so many months. 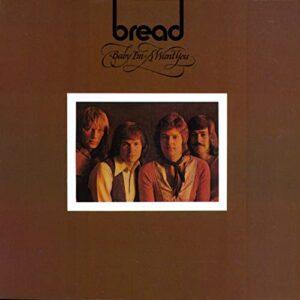 “Mother Freedom” entered Billboard’s Hot 100 at #75 for the week ending July 17, 1971 (chart | magazine).  Though it peaked fairly quickly, it did manage to break into the top 40, topping out at #37 for the week ending August 21 (chart | magazine).  And if it peaked quickly, it dropped even more quickly.  In all, the single stayed on the Hot 100 for only nine weeks.  Not surprisingly, that was not enough to get “Mother Freedom” onto the 1971 year-end Hot 100 (though a much better remembered song, “If”, did appear there).

Bread continued its success going into 1972, with the next two singles from Baby I’m-a Want You becoming top 5 smashes.  The group continued its success through another album before tensions led to the first breakup in 1973.  Somehow, Elektra managed to reunite the group in 1976 for one more album.  Again, though, conflicts arose, and by 1977 the group was done.  (People who read this page might remember that 1978 brought the one big David Gates solo single, “The Goodbye Girl”, from the movie of the same name.)

Bread hasn’t produced anything since then, but the members did manage to work out their differences enough to tour together in the mid-90s.

Honestly, it’s been a while since I heard any Bread single on terrestrial American radio.  However, some of Bread’s other singles got airplay well after the 1970s.  As for “Mother Freedom”: I became familiar with that one because of a September 1971 aircheck from clear channel AM station KOMA out of Oklahoma City.  Something tells me I’ll have to listen to that aircheck again if I want to hear “Mother Freedom” on the “radio” anytime soon.