One of the lesser-publicized deaths of 2016 was that of Jean-Baptiste Frédéric Isidore “Toots” Thielemans, who passed away at the age of 94. (In fact, his death was so little publicized that it was at least a month afterward before I ever heard of it.) Though he had been well-known for his harmonica skills, I found myself unsure of where I had heard them until recently.  As it turns out, I had heard what is probably his most often heard piece a lot during my life.

If you are of my age or so and watched PBS, there’s a good chance you heard the harmonica of Toots Thielemans on Sesame Street a lot.  His work was especially distinguishable in the closing theme, the long version of which ran every Friday.

How many of my readers can still picture Barkley playing with the kids?  Courtesy Sesame Workshop.

But aside from Sesame Street, Mr. Thielemans contributed to a lot of other recordings.  As before, I didn’t realize until recently that it was his harmonica work that appeared in a 1983 single by Billy Joel.

By 1983, of course, Billy Joel had been well established for a while.  His 1982 album, The Nylon Curtain, had been quite successful, but per AllMusic, it had “exhausted” him, and so his next album was “just for fun”.  That album, An Innocent Man, included songs in a variety of styles in an homage to the pre-Beatles era.  It yielded several successful singles, including Mr. Joel’s second number one hit, “Tell Her About It”, as well as his well-known “Uptown Girl”. 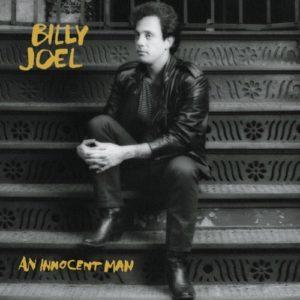 As it turned out, An Innocent Man yielded more singles than any other Billy Joel album before or since.  It was the fifth single, “Leave a Tender Moment Alone” (an homage to Smokey Robinson), on which Toots Thielemans appeared.

The song topped Billboard’s Adult Contemporary chart for two weeks; however, it was the lowest charting of any of the six American singles from An Innocent Man on the Hot 100.  It entered at #72 for the week ending July 7, 1984 (chart) and peaked at a modest #27 seven weeks later (chart). It spent 15 weeks on the Hot 100, and while three Billy Joel songs made 1984’s year-end chart, “Leave a Tender Moment Alone” fell short.

Billy Joel never forgot the contribution Toots Thielemans made to his music; his website now includes a nice, if somewhat short, tribute to Toots Thielemans, calling his music “ubiquitous”.

For whatever reason, aside from “Uptown Girl”, radio doesn’t really play any tracks from An Innocent Man these days.  Of course, when you are dealing with someone with as many great songs as Billy Joel, I suppose some songs are bound to be overlooked.  With that said, it would be nice to hear “Leave a Tender Moment Alone” on the radio again.

2 thoughts on “Leave a Tender Moment Alone by Billy Joel”