The name Jamie Walters probably is not familiar to people who either did not watch Fox or listen to top 40 radio in the early 90s.  And, even if you did listen to top 40 radio in the early 90s, you might have missed Mr. Walters.  After all, his first, and biggest, hit wasn’t even released under his name, but, instead, under the name of the Fox television program on which Mr. Walters had a starring role, The Heights.  (Ironically, the show was cancelled the week after “How Do You Talk to an Angel”, its theme, fell out of the number one position.)

However, that song did get Jamie Walters his own recording contract, and his first album came out in late 1994. 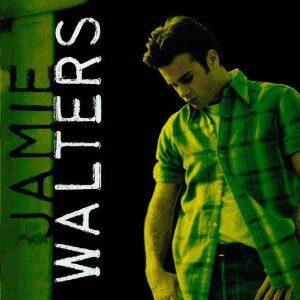 The first song from Mr. Walters’s debut album was what would probably be classified as a rock ballad (which usually do well upon release and are then rarely heard again on the radio).

Unfortunately, that was pretty much the end of any chart success for Jamie Walters.  Only one other single from his debut album, “Why”, was released; it peaked at #5 on the Bubbling Under Hot 100 chart, which translates (roughly, given the rules for that chart) to #105, and after that, Jamie Walters never approached the Hot 100 again.

According to the reviews of his debut album at Amazon, Mr. Walters was hurt by people confusing him for his character on yet another Fox show, Beverly Hills 90210.  (Apparently he threw Tori Spelling’s character down the stairs.)  Since Billboard doesn’t really justify sales numbers, I have no way to verify this, but in any case, Mr. Walters has become forgotten by radio stations coast to coast.  I know that I have not heard “Hold On” on the radio since the summer of 1995.  And that’s too bad.