During the post-disco years, a lot of synthpop bands popped up, many Europe-based.  One such band was Magazine 60, a French band which is known in America–if it is known here at all–for exactly one song, “Don Quichotte (No Estan Aqui)”.

“Don Quichotte”, you might have noticed, is the French name of Don Quixote, the literary hero brought to life by Miguel de Cervantes.  Why someone would try to call Don Quixote, or Don Quichotte, on the phone (which is exactly what happens in this song), is not explained, but that seems to be almost the entirety of the English portion of the song (the remainder is in Spanish).  And yet, the tune itself is quite catchy, which is probably why the song got airplay in the mid-80s.

“Don Quichotte (No Estan Aqui)”, a 1984 single, appeared on Magazine 60’s 1985 album Costa del Sol, which was, for whatever reason, not released in the US until 1987, which was well after the song had come and gone.  The album itself is apparently so forgotten that not only does Amazon not stock it, but no one is even selling a used copy on Amazon as of this writing.  (Update:  one has been found!) 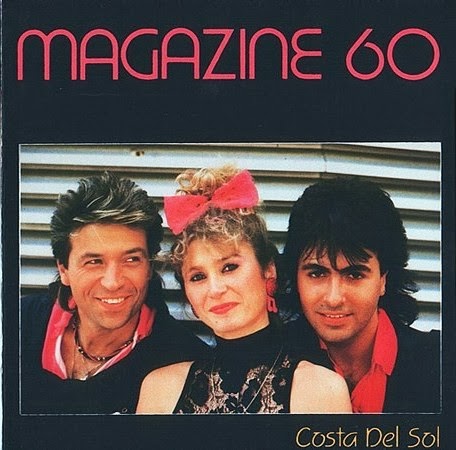 Since its original chart run, the song has appeared on a few internet disco streams and has gotten, from what I can tell, a grand total of two spins in the 20 years on my favorite celebration of the obscure, “Crap From the Past”, but for the most part, “Don Quichotte” is long forgotten.