The late 80s provided a lot of one-hit wonders.  I, personally, remember that era quite well because that was when I was most likely to be found sitting with my boom box, waiting to record the latest big hit off the radio.  One of those songs I recorded back then was the one charting hit for the British group Roachford. 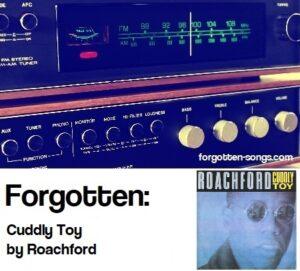 The beginnings of Roachford

The band Roachford was centered around vocalist Andrew Roachford (which, you know, makes a lot of sense).  Mr. Roachford’s webpage tells of his family history with music, stating “[t]he musical ball really started to roll however, when Andrew hit the road with his uncle.”

I got lucky enough to start gigging when I was about 14.  I was in the middle of that whole jazz scene which was an interesting education. It taught me musically, how to listen and how to entertain. My uncle always told me that you had to give people a show.

Allmusic’s biography, which is a whopping one sentence in length,* states that Roachford was discovered by Terence Trent D’Arby, for whom the group opened at one point in 1988.  (Allmusic neglected to include that little fact to explain how Mr. D’Arby knew of the group.)  This led to a contract with Columbia/CBS (depending on where in the world one was).

Fairly quickly thereafter, the group’s first album, not all that surprisingly called Roachford, was released.  Reviews of this album are not easy to find online over 30 years later; Allmusic, continuing its overly minimalistic style with regard to Roachford, called the album a “decent debut”.  The best review I can find came from British singer Beverley Knight, who, when remaking the album’s biggest hit, said:

Roachford showed a cynical British media that British soul could also be fused with a rockier sound and not only work, but be a global hit. This, as well as many of his songs, influenced my own writing style. 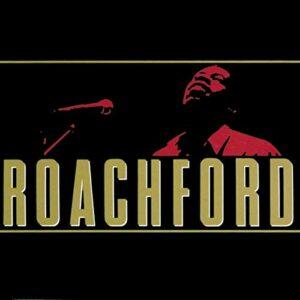 The best known single from Roachford was not originally a big hit.  “Cuddly Toy”, a pop-rocker in which our protagonist tries to dispel any rumors that he is a prolific lover and instead claims to be focusing all his feelings toward the one woman to whom he is speaking (singing?), was the second single released from the album in the UK and promptly fell flat.

For reasons that have not been adequately explained in any online resource that I have seen, “Cuddly Toy” was re-released in early 1989 and, this time, became a top five hit in Mr. Roachford’s native UK.  It was just after this success that Columbia released the single in the US, adding a subtitle and calling it “Cuddly Toy (Feel For Me)”.

“Cuddly Toy (Feel For Me)” entered Billboard’s Hot 100 at a very modest #97 for the week ending April 15, 1989 (chart).  The single peaked almost two months later, landing at #25 for the week ending June 10 (chart).  In all, it remained on the chart for 14 weeks.  This was not, unfortunately, sufficient for “Cuddly Toy” to make the year-end chart.

Though Roachford never again hit the US charts, the group continued to record.  The group was Columbia’s biggest-selling act in the UK for over a decade.

Following that, Andrew Roachford released some solo albums before joining Mike + The Mechanics as a vocalist in 2010.  His webpage, as of this writing, lists several tour dates later this year.  Suffice it to say he’s kept busy.

However, it’s been a long time since Roachford has appeared on US radio.  It would be nice to hear “Cuddly Toy” played again.

* Or the length of several of my post drafts that have been hampered by writer’s block.
Note: this post contains affiliate links. View my affiliate link disclaimer here.