Unlike the last two honorees on this blog, Van Halen is far from a one-hit wonder.  I wouldn’t even have thought to include them on a forgotten songs blog, since most of their hits still get airplay on rock/classic rock stations throughout the country.  I can name at least ten songs of theirs that still get airplay, and so, most likely, can you.  And then there are other songs that I heard back in the day that get no airplay that I know of now, but as it turns out, none of them made the Hot 100 (which, by and large, is one of my big qualifiers for this blog these days). 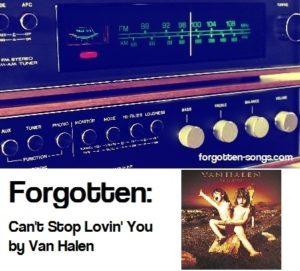 So why is Van Halen listed here?

I remembered a song that I think I last heard when an officemate had Best of, Volume 1 on CD (and played it a lot, which was fine with me, as this was before MP3 files had hit their prime).  The album on which it originally appeared, Balance, was a strong seller, but like For Unlawful Carnal Knowledge before it, the album did not spawn (m)any terribly successful singles, at least as far as Billboard’s Hot 100 ranks them.  Both albums produced exactly one Top 40 hit; for Balance, that song was “Can’t Stop Lovin’ You”.  (The other was “Top of the World”, which, now that I think about it, could probably also qualify as unfairly forgotten.) 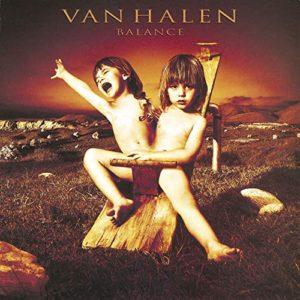 There doesn’t seem to be a lot of hidden meaning to the lyrics of “Can’t Stop Lovin’ You”, and from researching this song, I see that some Van Halen fans didn’t think much of the song because it had too much of a pop sound.  Perhaps those are two reasons why the song doesn’t get the play of a “Jump” or a “Runnin’ With The Devil”, but I would say it deserves more spins than it is currently getting.