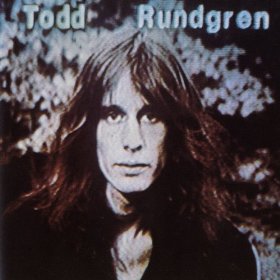 “Can We Still Be Friends?” was the only song from Hermit of Mink Hollow to hit the Hot 100.  It was apparently written, according to Wikipedia, about the end of Mr. Rundgren’s relationship with Bebe Buell, who is possibly best known for being Liv Tyler’s mother.

This song spent five weeks in the Top 40 (I thought, when I originally wrote this, that it might have debuted in the Top 40 during a week in which American Top 40 did a special countdown, but Billboard shows that it was #44 that week), peaking at #29 the week of August 5, 1978 before falling out of the Top 40 the next week.  Overall, “Can We Still Be Friends?” spent 13 weeks on Billboard’s Hot 100 chart.  A year later, Robert Palmer took another version of this song to #52 (but, honestly, I think Mr. Rundgren’s version is superior).

So, while “Bang the Drum All Day” didn’t even make it to the Top 40 and still gets airplay, “Can We Still Be Friends?” gets little to no airplay now.  Strange.