2016 took far too many of our favorite artists from us.  2017 continued that trend, unfortunately, with the death of Al Jarreau last month at the age of 76.  The Washington Post’s obituary fondly remembered him as the “acrobat of scat”, a man who had a wide following but who never quite made it in the way so many of his contemporaries did.

Born in 1940, Alwyn Lopez Jarreau had many musical influences as a child, along with many opportunities to sing.  In 1968, he devoted himself to music, which had until then been just a hobby, full time.  Eventually, per his bio page, a record contract followed in 1975, followed fairly quickly by a Grammy (the first of seven) in 1977.

While Al Jarreau had several songs that people might recognize, his voice was probably most recognized as the one singing the theme to the popular mid-to-late-80s TV hit “Moonlighting” (eventually released as a single a couple of years after the show premiered, the became a #23 hit in 1987). His other big hits included “We’re In This Love Together” and “Mornin”, which was the first single released from his 1983 album, Jarreau. 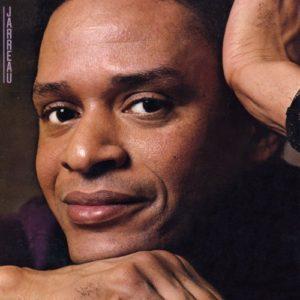 From all indications that I have, the song disappeared from radio fairly quickly after its original run. Thankfully, there are still some songs by Mr. Jarreau that still get some airplay, but it would be nice to add one more to that short list.

As stated, Mr. Jarreau passed away on February 12, 2017, after having just announced his retirement from touring the week before.  Per his website’s home page, fans are asked to contribute to continued musical opportunities:

The family asks that no flowers or gifts are sent.  Instead, please consider a contribution to the Wisconsin Foundation for School Music, a wonderful organization which supports music opportunities, teachers, and scholarships for students in Milwaukee and throughout Wisconsin.  Link to the donation Page:  http://foundation4schoolmusic.org/lifetime-achievement-award/al-jarreau/. Even if you do not plan to contribute, please visit that page and give yourself a minute to watch a beautiful tribute video which was produced by Wisconsin Public Television.