Like many of my readers, I am guessing, I was shocked to hear of the passing of David Bowie earlier this month.  I had had no idea he was even battling cancer.

I’m not going to attempt to write up his long and successful career in this space.  There are lots of other places on the net which have done so, and almost certainly better than I could have done it.   Instead, let’s pick up in 1984.  Mr. Bowie was flying high, helped by the success of the platinum Let’s Dance the year before.  And then, according to Ultimate Classic Rock:

Concerned that he’d lose his expanded pop audience if he didn’t return with a new album quickly, he rushed out Tonight in the fall of ’84. Bowie later admitted that he hadn’t had enough time to get an LP’s worth of material together.

Still, fans were happy with a new Bowie album, and sales earned it a platinum certification, so perhaps it wasn’t quite as bad as its reputation now appears to be. 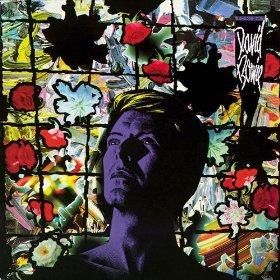 While the album was apparently a disappointment to some, including Mr. Bowie himself, the first single from Tonight, “Blue Jean”, performed rather well on the charts for a song that Mr. Bowie once described as follows (from a 1987 interview as quoted by–sorry–Wikipedia):

“‘Blue Jean’ is a piece of sexist rock ‘n roll. [laughs] It’s about picking up birds. It’s not very cerebral, that piece.”

Not cerebral, but it had a good beat, and you could dance to it.  And in 1984, perhaps that was just what the listening public wanted.

Personally, I have not heard “Blue Jean” on the radio probably since it fell off the charts in early 1985.  I’ve heard a number of other David Bowie songs on the radio more recently, which is a good thing, but it would be nice for “Blue Jean” to join that number.