Occasionally, an artist will have a hit single but not be happy with the song.  Sometimes, artists get tired of having to perform their biggest early hits after some time; occasionally, you might even read of an artist expressing disgust, or even hatred, toward one or more such songs.  It’s rarer, though, that an artist expresses disgust at the recording process so much that the hit single doesn’t appear on best-of compilations, but that appears to be what happened with the highest charting single of Paul Davis. 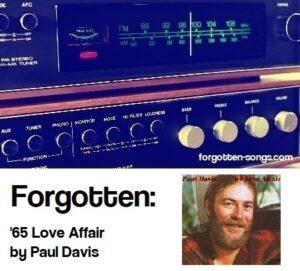 The Career of Paul Davis

Paul Davis was born in Meridian, Mississippi, and he slowly worked his way up in the music industry as a songwriter and, eventually, a recording artist.  He had a few low-charting songs before releasing the song for which he is probably best remembered, 1977’s “I Go Crazy”.  While only hitting #7, the single stayed on Billboard’s Hot 100 for what was then a record 40 weeks, holding its own for nine months against the then-ubiquitous disco sound.*

Not long after that, his record label folded (source), and Paul Davis had to move to a new label.  He ended up with Arista, releasing the album Cool Night in 1981.  Sounding slicker and “poppier” than his previous releases, Cool Night was Mr. Davis’s most successful album, going double platinum. 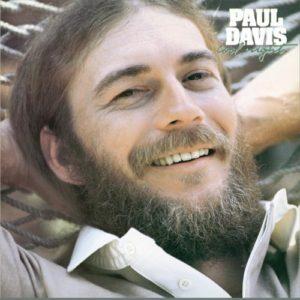 The first single from Cool Night was the title track, which just missed the top ten.  During the last three weeks of the chart run of “Cool Night”, the second single, “’65 Love Affair”, was also on the Hot 100.  An upbeat remembrance of days gone by (and a relationship from back then), it had much more of a pop sound than Mr. Davis’s other big hits.

Cool Night yielded one more single, a remake of the Friends of Distinction song “Love Or Let Me Be Lonely”, though it did not make it any higher than #40.  After that, Paul Davis, apparently not thrilled with Arista’s insistence on the “poppier” sound, left the label and, in fact, never again released a full length album.  (It speaks to his dissatisfaction with the recording of some of those “poppier” songs that “’65 Love Affair” never appeared on a greatest hits collection until after Mr. Davis’s death.)  He did collaborate on #1 country songs with both Marie Osmond and Tanya Tucker, however.

It was in 2008 that Paul Davis was working on a comeback, recording two songs; unfortunately, that comeback was cut short.  A day after his 60th birthday, Mr. Davis died of a heart attack.

* While many people did not and do not like the disco sound, your author enjoys it quite a bit…especially compared to top 40 radio of today.