Let’s be honest here:  I don’t listen to a lot of modern top 40, and I haven’t since the late 1990s.  But when I think of classic songs from since then, one of the most prominent would have to be “Bed Intruder Song”. Created by the Gregory Brothers, creators of “Auto-Tune the News” (now known as Songify the News) and using a news interview featuring Antoine and Kelly Dodson after a not-so-great experience that Kelly had, “Bed Intruder Song” was a true internet phenomenon.

The song, as most of the Gregory Brothers videos do, features a whole lot of autotuning, which was necessary given that the Dodsons were obviously not singing in their interview. The song, as of this writing, has gotten over 126 million views on YouTube, so obviously it was a rather popular little ditty. 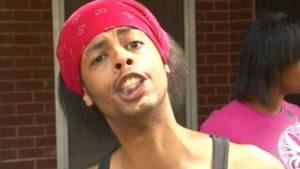 Riding the wave of popularity the YouTube video had at the time, the Gregory Brothers remixed the song into an “iTunes Version”, which, solely on the strength of its sales on iTunes, entered the Billboard Hot 100 at #89 for the week ending August 28, 2010. Unfortunately, that was its only week on the chart.

Amazingly enough, this song really didn’t get much radio airplay in its heyday, and it certainly doesn’t get any now. As to whether I think that is something to be remedied…well…check the post date.