In the late 1980s, hair bands (or glam metal, or whatever you want to call that type of music) were at the height of their popularity.  (The author here takes a moment to remember his now-departed grandfather greeting the image of, I believe, Twisted Sister on his television with “Look at them ugly girls!”)  Glam metal was all over the pop charts at the time, thereby making it the perfect time for a girl group called Vixen to make it big.  And I suppose they did that, ever so briefly.

END_OF_DOCUMENT_TOKEN_TO_BE_REPLACED

I know, En Vogue was so popular that it seems strange to think of any of the group’s smash hits being forgotten.  Of course, some of those hits still receive quite a bit of airplay now.  “Hold On”, the first of their three #2 hits, still gets some play, as does “My Lovin’ (You’re Never Gonna Get It)”, the second.  And I suppose their hit with Salt-N-Pepa, “Whatta Man”, is probably still used for any number of bad morning radio show “Battle of the Sexes” games (and I’ve heard it played in full as well).

But think about this before you answer:  when was the last time you remember hearing “Free Your Mind” on the radio?  If you’re like me, it’s been a very long time.  I’m pretty sure I haven’t heard this song get any airplay since the 1990s.  It really surprised me to think about that; I would have thought a song with a message like that of “Free Your Mind”, speaking against prejudice, would become a recurrent hit for a while and then end up on your catch-all Jack FM type of station.  However, as far as I can tell, it never did.  Instead, it just faded away.

“Free Your Mind” was the third song from En Vogue’s very successful second album, Funky Divas.  The album had already generated two top ten hits when this song was released (“My Lovin'” being one of them). 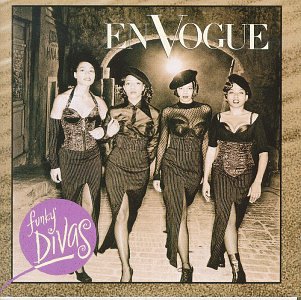 En Vogue, of course, continued to have success through most of the 90s, but this song fell by the wayside.  It deserved better.

A few years before his former (and future) band released a now-forgotten song, once and present lead singer David Lee Roth had one of his own.  He had had a few well-known hits, including a very successful remake of “California Girls”, in the mid-1980s.  By the late 80s, however, his solo success was starting to dry up, at least as far as Billboard’s Hot 100 was concerned.

In 1988, Mr. Roth hit the Hot 100 one last time as a solo artist with “Just Like Paradise”, his highest-charting non-cover.  It was the lead single from his album Skyscraper, a fairly successful album that went platinum. 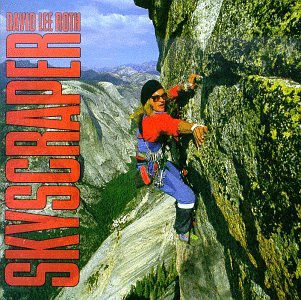 According to the always-reliable Wikipedia, “Just Like Paradise” had been considered as a potential theme song for a new TV program, “Beverly Hills 90210”.  Mr. Roth’s management very helpfully rejected this idea before even talking to Mr. Roth about it.  And so, instead of a ten-year run, the song fell rather quickly into obscurity, possibly due to lyrics which, honestly, are not the deepest ever heard (but then, we live in an age in which “Boom Boom Pow”, which I am not linking, is considered good music).