Baltimora, at least in the US, was definitely a one-hit wonder.  Interestingly enough, though, its one hit, “Tarzan Boy”, made it to Billboard’s Hot 100 on two separate occasions.  (Okay, yes, they made the Hot 100 with one other song, the title track to their first album, but they are known almost entirely in this country for “Tarzan Boy”.) 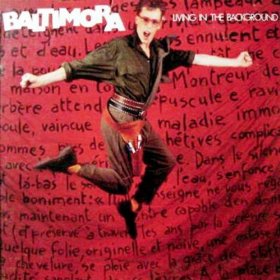 While Baltimora did somewhat well in Italy, further singles, as well as a second album, did not exactly burn up the charts in most other countries.  The band broke up after that, and that would normally be the end of the story.

In this case, however, “Tarzan Boy” found new popularity years later through a combination of circumstances.  First, in 1992, Listerine released a new cool mint variety with a series of commercials made by Pixar (yes, that Pixar) which were set to “Tarzan Boy”, though not the Baltimora version.

Then, in early 1993, the rather forgettable film Teenage Mutant Ninja Turtles III was released, and, for some unknown reason, “Tarzan Boy” was featured.  The original version, as well as a remix, appeared on the soundtrack, and the song once again appeared in the Hot 100 (though sources seem to disagree whether song that charted in 1993 was the original or the remix), peaking at #51 the week of April 24 (chart).

From what I have heard, this song still occasionally gets airplay on satellite radio, but I’m pretty sure terrestrial radio has just about forgotten about it.